The Western Balkans and the EU: Challenges and Opportunities 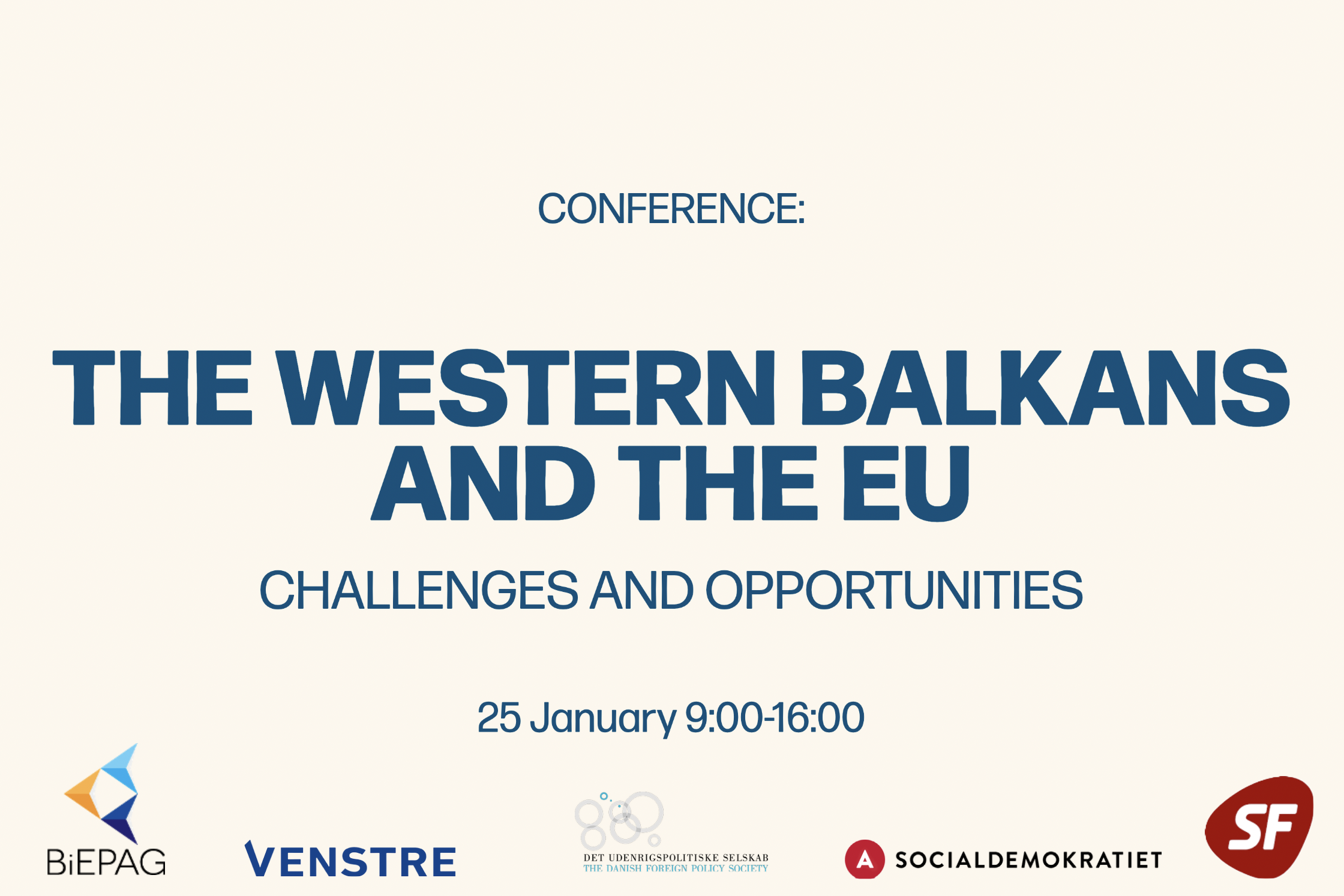 In cooperation with the Balkans in Europe Policy Advisory Group (BiEPAG), the European Fund for the Balkans (EFB) and three key Danish political parties, the Social Democrats, the Liberal Party, and the Green Left, jointly invite to a debate about the recent developments and the present challenges in the relationship between the EU and the aspiring member states in the Western Balkan.

The European Council that took place on 23-24 June 2022 will be remembered for the historic decision to endorse Ukraine and Moldova’s application for EU membership and to grant them candidate status in face of Russia’s invasion of Ukraine on the 24 February and eminent threat to their territorial integrity and sovereignty. At the same time the EU’s enlargement agenda advanced with the Western Balkan countries; with Albania and Northern Macedonia receiving green light to start-up accession negotiations with the EU and Bosnia and Herzegovina gaining candidate status by the end of 2022. Kosovo has also been offered EU visa liberalization after extensive delays by 2024 the latest. These all remain modest advances considering the larger geopolitical context.

Meanwhile other global and regional players on Europe’s doorstep are looking to make their own gains in the region, such as China, Turkey, and Russia. The limited progress on enlargement risks jeopardizing EU’s transformative power in the Western Balkan Countries. On the other hand, many European citizens either remain ignorant towards the Union’s expansion towards the Balkans or view it with scepticism, due to the fact that in the last decades, Western Balkan countries have been plagued by authoritarianism, state capture and corruption. Left in the waiting room to the EU, the Western Balkan countries risk sliding back into conflict and governance crisis. The lack of concrete progress and clear recognition affects not only political elites, but also citizens and especially young people’s view on a future in the countries making up the Western Balkans.

Parallel to this development there is a growing trend of democratic movements and political parties across the Balkans aspiring to break with patterns of authoritarianism, clientelism, corruption and nationalist narratives, which keep the countries tied to the past. Across the region, a number of liberal, progressive and green parties, which partner with Danish political parties, are challenging the status quo and in some countries participate in the government of their respective countries such as in Kosovo, Montenegro and North Macedonia.

They are trying to push a progressive agenda, which could bring the countries closer to the EU. They work in an environment where they adamantly push the EU agenda in environments while strong conservative forces are working to further clientelist interests and national narratives.

While partnering with many international partners such as the Danish political parties and a multiple of European foundations, there is a strong wish for clearer and encouraging signals from the EU, while the parties fight against local narratives of nationalism, religious differences and external influence from Russia, China, and the Middle East.

09:45-11:30    Panel I:  Democracy and Rule of law in the Western Balkans under pressure in the context of geopolitical competition between EU, Russia, China, and Others.

Across the Balkans, youth have little faith in government and politics; unemployment is staggering; and civil engagement low. Young people are leaving the region in big numbers. How can civil society and political actors work to engage youth around democracy, green agendas, and a brighter future for the Balkan region?

The Role of Progressive transformative movements and civil society partners in promoting democracy in a troubled region: How can they make a difference in partnership with other European counterparts? Which kind of support can help?

Register before before 12:00pm 23 January