Nathan Law and the protest movement in Hong Kong 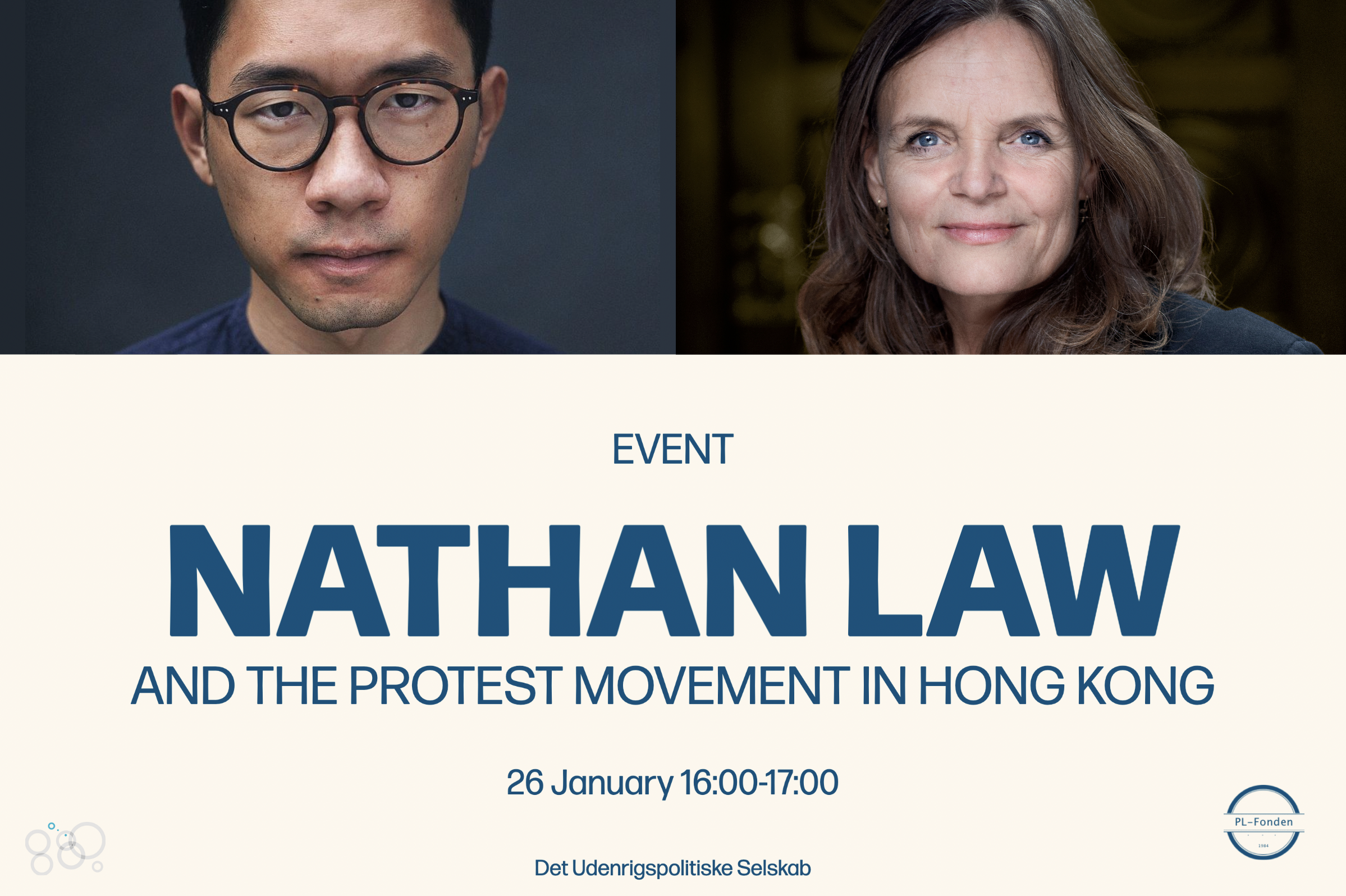 In 2019 and 2020, the world saw one of the largest protest movements in many years. The youth movement in Hong Kong demanded freedom, democracy, and reforms. In the last couple of years however, the protest movement has been largely squashed by new laws restricting assembly as well as by the pandemic. Where are the leading figures of the movement today, and how do they continue their fight for freedom?

We in The Danish Foreign Policy Society are pleased to welcome Nathan Law as speaker and recipient of the PL Foundation’s Freedom Price. The event is organized in cooperation with the PL Foundation.

Nathan Law  is a Hong Kong activist who is currently living exile and is based in London. During the Umbrella Movement in Hong Kong in 2014, Nathan Law was one of five representatives who took part in the dialogue with the government, debating political reform. In 2016, Nathan Law, Joshua Wong, and other student leaders founded Demosistō, a pro-democracy political party, and ran for the Legislative Council election, where Law was elected as the youngest legislative councilor in history.

However, his seat was overturned in July 2017 following Beijing’s constitutional reinterpretation, and Law was later jailed for his participation in the Umbrella Movement.

Due to the risk imposed by the draconian National Security Law, he left Hong Kong, and continues to speak up for the people of Hong Kong at the international level. In 2020, he was listed as one of TIME Magazine’s “100 Most Influential”, and in March 2021, he was named a Pritzker Fellow at the University of Chicago’s Institute of Politics. In December 2021, Law was invited as the only speaker from Hong Kong at the “Summit for Democracy” hosted by the Biden administration.