Support for: Danish Friends of a Democratic Russia 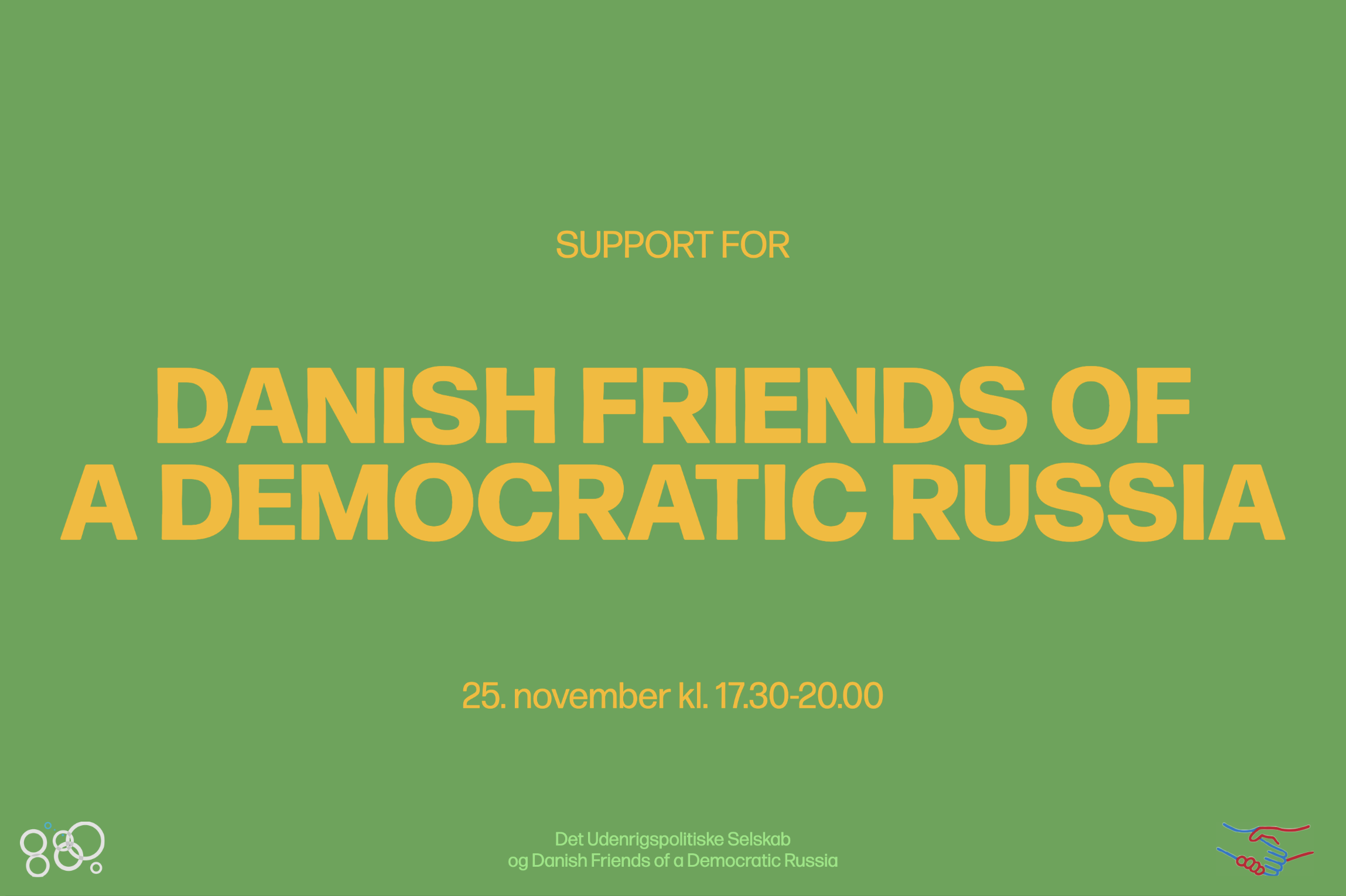 Supporting human rights and civil society in today’s Russia is almost as difficult as it would be in George Orwell’s 1984. Over the past 20 years, the society has moved from a so-called managed democracy to an authoritarian regime and is now approaching a form of totalitarian fascism, where independent speech and action have the character of resistance, rather than ordinary opposition, and can be directly dangerous for the people involved and their loved ones.

However, there are still people within as well as outside Russia, who care for the future of the country as a peaceful and democratic country.

The NGO “Danish Friends of a Democratic Russia” is a group of Denmark-based activists who have joined forces to promote democracy, human rights, and civil society in Russia. The core principles are: democracy, freedom of expression, respect for human rights, respect for the sovereignty of all countries.

This evening we invite to an event on the occasion of the first Danish screening of the MTV documentary Anastasia. Doors open at 16:00 for light refreshments and networking. We are looking forward to seeing you there!

17:35 Presentation of “Danish Friends of a Democratic Russia” by the Board Members.

18:05 Danish premiere of the MTV documentary “Anastasia” about and with Anastasia Shevchenko. (Watch the trailer on YouTube)

18:35 Maria Logan about her charity projects for the Khodorkovsky team.

19:05 Lubov Sobol on political vision of the Russian future by the Navalny team.