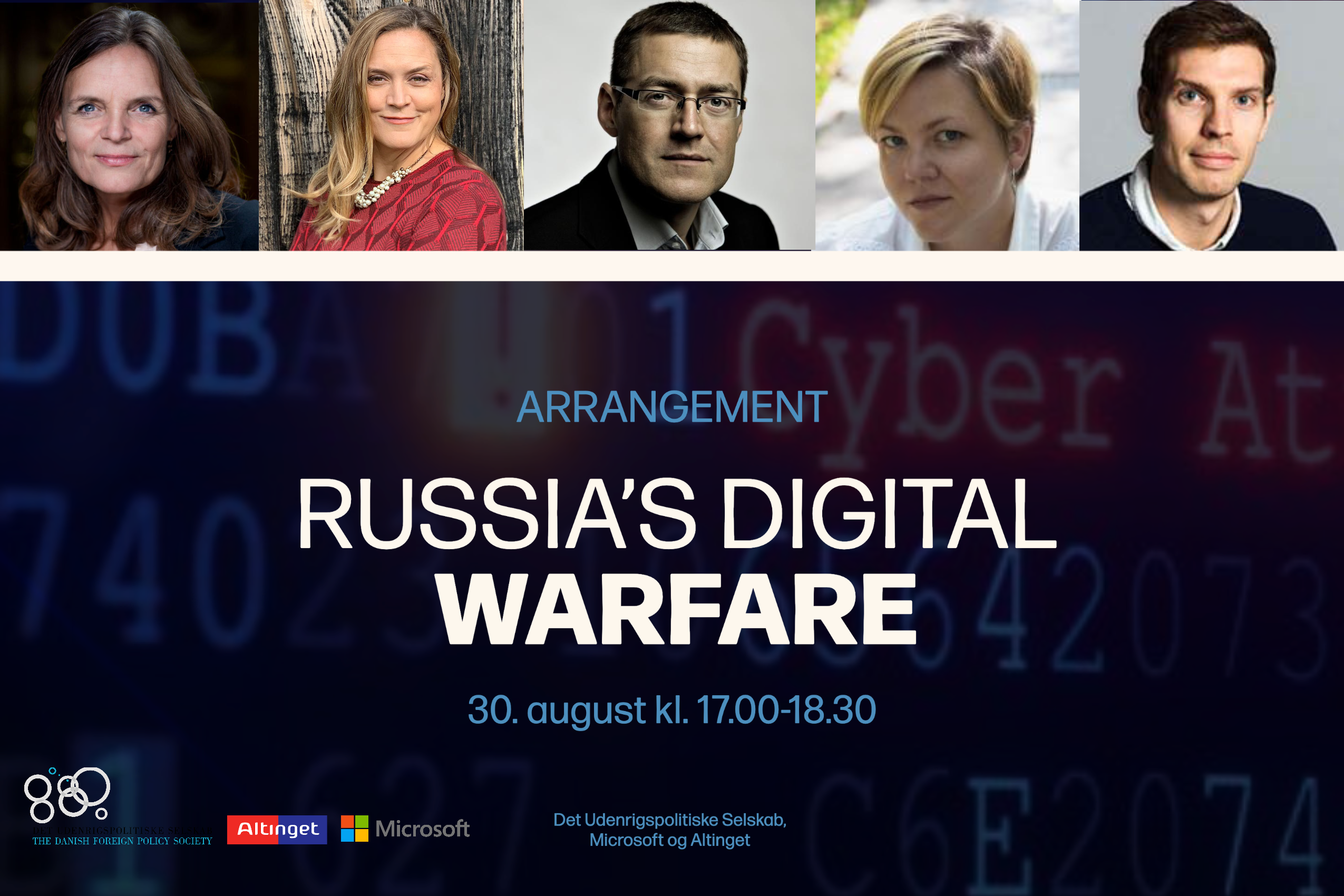 Ever since Russia’s invasion of Ukraine in February 2022, all eyes have been on the physical battlefield of the war. Alongside the intense kinetic fighting, Russia has secretly waged a targeted cyber and influence campaign against Ukraine and its allies. Using a combination of cyber-, propaganda-, and espionage operations, Russia attempts to infiltrate and influence Western governments, authorities, critical infrastructure, and think tanks.

This is also the case in the Nordic countries. One in six Russian attacks today are aimed at Denmark and the other Nordics, according to a recent analysis from Microsoft. In this report, the company has tried to map how:

“The Russian invasion relies in part on a cyber strategy that includes at least three distinct and sometimes coordinated efforts – destructive cyberattacks within Ukraine, network penetration and espionage outside Ukraine, and cyber influence operations targeting people around the world. This report provides an update and analysis on each of these areas and the coordination among them. It also offers ideas about how to better counter these threats in this war and beyond, with new opportunities for governments and the private sector to work better together. “ Defending Ukraine: Early Lessons from the Cyber War, 2022.

At the same time, Putin has cracked down hard on critical voices at home, and Russian activists and civil society risk being isolated from the outside world.

This presents us with a dilemma. In order to protect the West and Ukraine against devastating attacks from Russia, which can cripple our critical infrastructure and divide populations and thwart democratic conversation, it will in certain cases be necessary to block internet users in Russia. However, methods like these can counterproductively help create a digital iron curtain for the Russians, for whom it becomes more difficult to break through the information barriers created by Putin’s regime. For this reason, we need to have a conversation about how best to ensure that independent information is available to Russians while at the same time preventing Russia from carrying out cyber-attacks.

To this end, the Danish Foreign Policy Society, in collaboration with Mandag Morgen and Microsoft, invites to a debate on Russia’s hybrid war in Ukraine and what demands it places on Denmark and our allies.