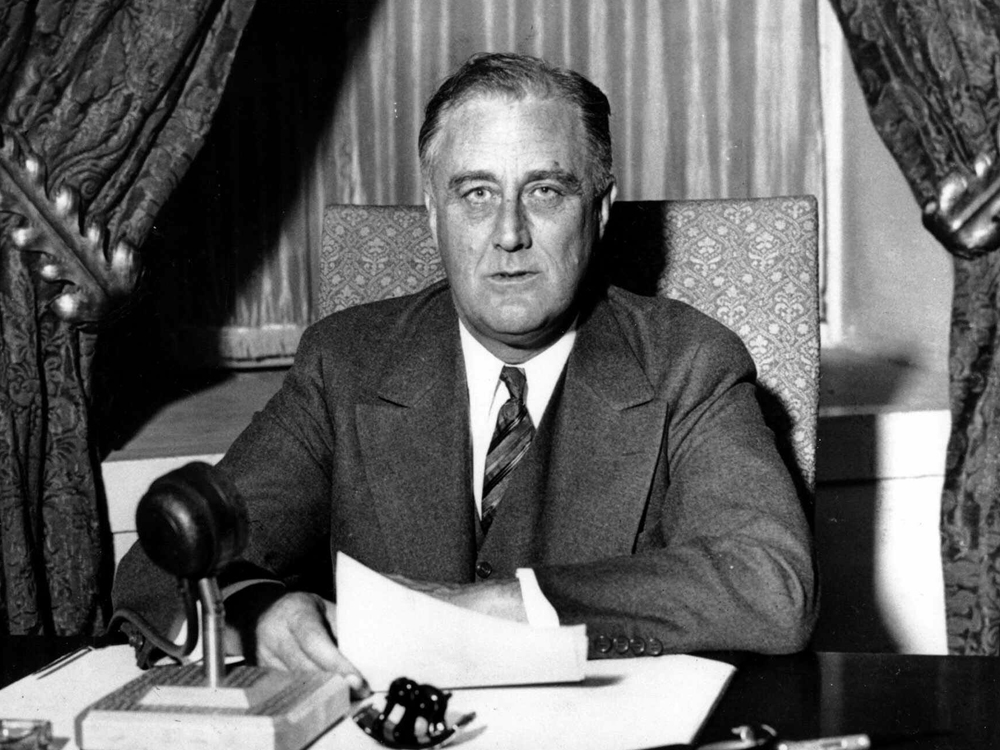 DUE TO THE SITUATION WITH COVID-19, WE HAVE DECIDED TO POSTPONE THIS EVENT TO A LATER POINT.

Franklin Delano Roosevelt took over the United States of America as it was scraping rock bottom of a deep economic crisis. His New Deal programs helped getting the country back on track again. At the same time, he lead the US through World War II. Shortly before he passed, he laid the foundation to what later became the UN.

Franklin Delano Roosevelt must be said to be one of the greatest presidents of the United States – and the longest-serving president yet from 1933 to 1945.

This spring it is 75 years since FDR died. On this occasion, Litteraturhuset, Kongressen.com and The Danish Foreign Policy Society invite you to our first Foreign Policy Café with informal discussions about FDR in the heart of Copenhagen.

On stage we will have one of the leading Roosevelt experts in the US, David Woolner, whose latest book ‘The Last 100 Days – FDR At War And Peace’ have received praise from the reviewers. Niels Bjerre-Poulsen, associate professor at the University of Southern Denmark, will join him. He has recently returned from a long research residency at the Franklin Roosevelt Library and Museum in New York.

It will be possible to buy coffee, soft drinks, beer and wine.