Finland was recently declared the happiest nation in the world. Our endless joy was somewhat overshadowed by the fact that our close Nordic friend Denmark this time had to settle for the third place.

Rankings come and go, but the reason the Nordics do so well in many similar studies is something that is common for Finland and Denmark. It is the Nordic way of life, the way society is designed and further developed. I think you could call it Danish hygge and Finnish sisu.

The Nordic family is inclusive, our political cultures are built on a firm democratic fundament, respect for human rights and the rule of law. It is my firm opinion that a value based foreign policy and cooperation with our closest friends in the North is essential for our well-being and security in times when rule based international order is so clearly challenged.

Finland has always underlined its Nordic profile. This was particularly important during the cold war when the Nordic cooperation – including ties to Denmark – little by little paved our way to into the European cooperation structures.

There are no permanent alliances within the EU but Finnish-Danish cooperation has found its nearly natural course due to similar interests. Both Finland and Denmark value a well-functioning single market and free trade, budgetary discipline and a Union that could better stand up to the challenges that are common to us. I am referring for example to migration, climate change and security concerns both within the Union and in its’ immediate proximity.

The Baltic Sea has a special economic and security interest for all the countries in the region. This is sometimes forgotten when we discuss the heighten tensions in Europe. Economic prosperity and freedom of navigation are important for Finland and our security of supply. We appreciate the role NATO is playing in the in the Baltic Sea area and cooperation with Denmark in this respect. Through, for example, our NATO Partnership and Nordefco we cooperate closely with Denmark in security related issues. I would also like to mention the resent and very welcome decision of Denmark to join the European Centre for Countering Hybrid in Helsinki.

We noted with great interest the priorities of the Danish foreign and security political strategy from last summer. I will not go as far as to say that the paper could have been written by a Finn but we certainly share the same concerns: migration, security in the neighbourhood region, Brexit and the future of the EU and the Artic.

Finland is not only the happiest nation in the world. We also have cleaner air than any other country on earth. This was recently confirmed by the World Health Organization. Air quality is another area where all the Nordic countries perform well. This brings us also responsibilities. For Finland, black carbon – or soot – is a priority issue in Arctic cooperation. Reduction of black carbon emissions brings double benefit: the air becomes healthier to breathe and the warming of climate will slow down.

Rapid warming of the Arctic has profound consequences not only for the Arctic area but also worldwide. Black carbon is the largest contributor to Arctic warming after carbon dioxide. As black carbon falls on snow and ice, it accelerates the melting of these reflective surfaces. It is an air pollutant that also has serious public health effects.

The Arctic natural resources are rich and the area has a huge economic potential. The opening of Arctic Sea routes will have a big impact on world trade. We believe that it is possible to seize these economic opportunities while protecting the fragile Arctic environment.

The good news is that we can significantly cut black carbon emissions by utilizing modern technology. There are especially three areas where we should focus our attention: Cleaner shipping, more effective and healthier heat and power and better oil production by flaring less gas.

If we get our act together as Arctic nations, we make a true difference. Difficult time in our political relations is not a reason to postpone our work for the environment and for the future generations. We have a strong common interest to preserve the Arctic and thus the world.

The Arctic Council provides a unique forum for constructive cooperation. It has built over the years a strong network of experts with a shared vision and will to take the efforts forward. In the Fairbanks’ Meeting in May 2017, the Arctic Foreign Ministers adopted an aspirational collective goal to reduce the emissions of black carbon by at least 25-33 percent below 2013 levels by 2025.

It is time to ensure we reach this goal. This will need the support at the highest political level in all Artic countries in order to take concrete actions on the three specific focus areas.

Finland assumed the Chairmanship of the Arctic Council a year ago from the United States.  Arctic cooperation has prevailed in spite of the incresead tensions in Europe and the Baltic Sea Region. All Arctic states and indigenous peoples’ organizations participate in the work of the Council.

It was clear from the outset that meaningful Arctic cooperation required the participation of the Arctic indigenous peoples. The ancestors of the present day indigenous people had the knowledge, ability and capability to survive and thrive in the harsh conditions of the Arctic. This indigenous knowledge is a valuable asset when we try to understand and cope with the environmental and social changes taking place in the Arctic.

Today the Arctic Council is recognized as an exemplary forum for multilateral cooperation; eight states and six indigenous peoples’ organizations sitting at the same table deciding on questions that concern all of them. The mission of   the Arctic Council is to improve the well-being of Arctic residents, to protect the Arctic environment and to promote sustainable development throughout the region. This includes maintaining the cultural heritage and livelihoods of Arctic indigenous peoples, whether they live in Lapland like the Saami people or in Greenland like the Inuit people.

Over the past twenty-two years the Arctic Council has done a great job. I would like to mention just a few accomplishments. The Council has produced ground-breaking assessments on the environment, climate change and human development in the Arctic. It has organized search and rescue as well as recovery of oil spills in the Arctic. It has enabled scientists from all over the world to work together with indigenous people and local communities. And that’s a plenty.

Finland wants to strengthen multilateral Arctic cooperation. Only by working together do we have a chance to solve the huge environmental and social challenges in the Arctic. This is also why we have chosen climate change and sustainable development to form the broad frameworks for the Finnish Chairmanship program.

The priorities of Finland’s Chairmanship Program for the Arctic Council are environmental protection, connectivity, meteorological cooperation and education. Proactive environmental protection is vital for the health of humans, animals and the nature. Improved connectivity in the Arctic means better quality of life for inhabitants. Meteorological cooperation will enhance preparedness and security. Education is the key to resilient communities.

One year remains of the Finnish Chairmanship before the Ministerial meeting in Rovaniemi and the hand-over to our Icelandic colleagues.

We should remember the big picture. The link between the Arctic region and the rest of the world is obvious. The rapid warming of the Arctic will not hit only our region, it will have impacts worldwide. Global warming is a two way street. If we fail to mitigate climate change on a global scale, we will not reach the development goals we have set for the Arctic region. Reducing the emissions of black carbon is an urgent measure and I think the Arctic states could show leadership in this issue without delay.

Finally, I am looking forward to continue the excellent cooperation with Danish colleagues, and in particular Foreign Minister Samuelsen, both when it comes to Arctic cooperation and promoting the stability and security of our common neighbourhood. 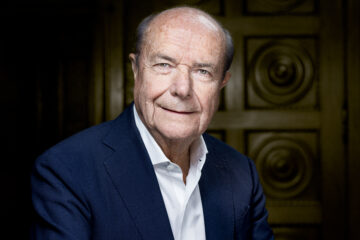