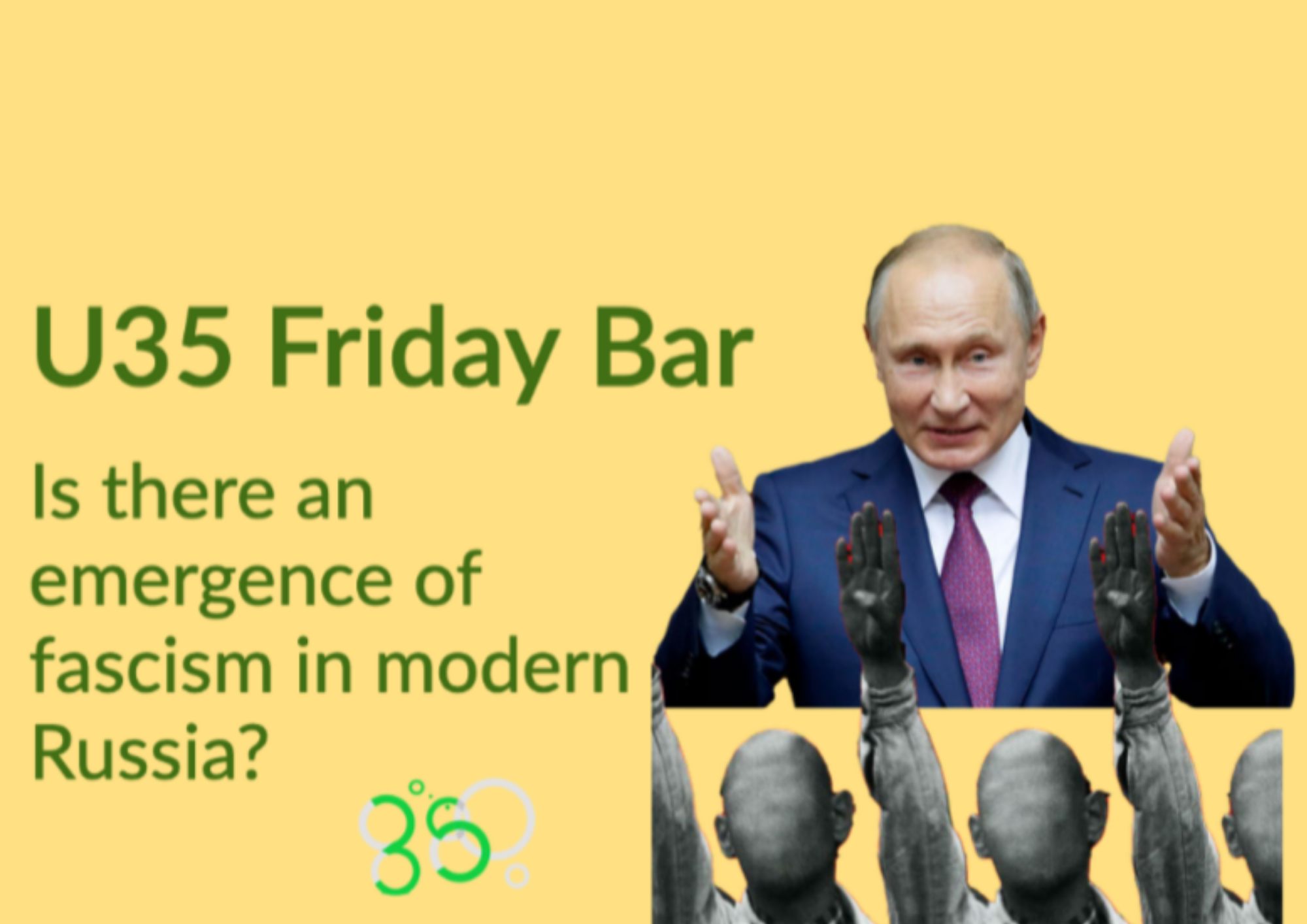 Over the last few years, President Vladimir Putin’s government has carried out an increasingly relentless crackdown on dissent at home that has seen most independent media shut down or exiled, opposition political movements declared “extremist,” and tens of thousands of Russians fleeing the country from fear of prosecution and general discontent.

On February 24, Putin launched a massive military invasion of neighboring Ukraine, seeking to justify the move by claiming that the country is ruled by “Nazis, fascists and drug addicts” who commit genocide against ethnic Russians.

Many critics have suggested Russia’s claim that Ukraine is a fascist state should be seen as a projection of Russia itself. International scientists have argued that the label “fascist” can well describe Putin’s brutal invasion of Ukraine suggesting that a reconsideration of the term’s applicability to Russia is definitely in order. However, some scholars of historical fascism and authoritarian regimes argues that Putin’s Russia is not equivalent to the fascist regime, although it forms the nearest analogue to fascism found in a major country since WWII.

We dedicate a Friday afternoon/evening in cozy surroundings and good company to these serious questions: Is Russia really fascist? And if it is, what does that mean for Europe’s future?

We thereby invite DUS U35 to a snack, a beer, a soda and a panel discussion with two international scholars:

Mikhail Suslov, an experienced historian and Lecturer at the Department of Intercultural and Regional Studies, University of Copenhagen. His research focuses on post-Soviet and present-day Russia and is specifically centered around ideologies, utopias, and political imagination. His publications are mostly about right-wing and conservative political ideas, and those who produce them: political and cultural figures and religious intellectuals.

Joshua Kroeker, a historian and political scientist who holds degrees from the University of British Columbia in Canada, Heidelberg University in Germany and St Petersburg State University in Russia. He is currently undertaking doctoral study at Heidelberg University and specializes in modern Russian and Ukrainian history and politics. He is also a freelance political analyst and author of a number of articles in journals and news sites. He is currently working on a book dealing with the emergence of fascism in modern Russia.

The event will be in English and will be moderated by DUS U35 Board Member Celine Emma la Cour.

The event is only for people below 35 years of age.