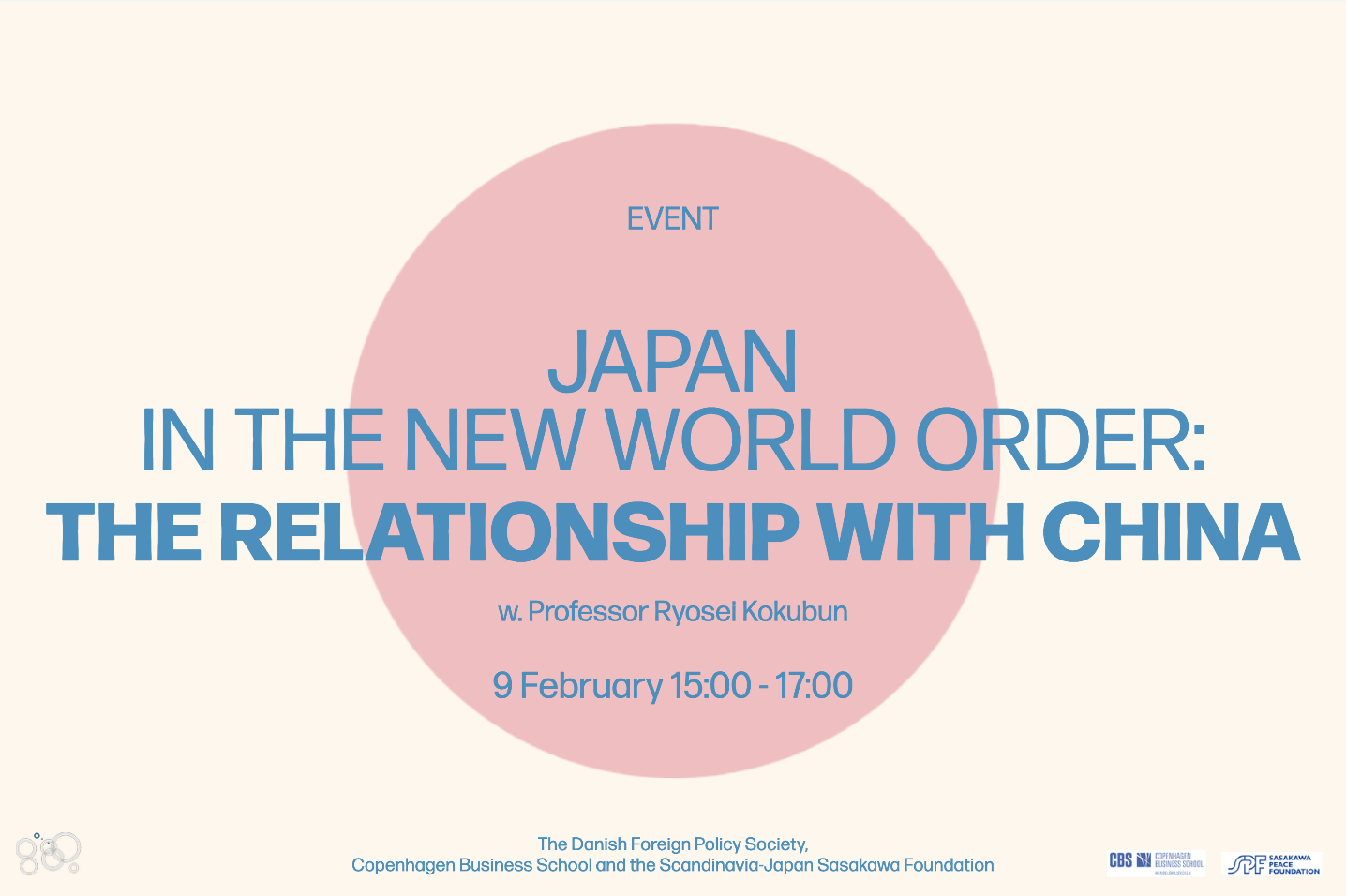 We hereby have the pleasure of inviting you to attend our lecture series on Japan in the current world order taking place in the Spring and Fall of 2023 in cooperation with Copenhagen Business School and Sasakawa Peace Foundation.

The first lecture in the series will discuss Japan’s evolving and often contentious relationship with China. It features Professor Ryosei Kokubun, former President of Japan’s National Defense Academy as the main speaker.

As the liberal world order is under pressure, Japan plays a pivotal role in upholding the norms of a rule-based world order. The rule-based world order comprises not only trade and economic relations but also issues concerning security, climate change, digitalization, social development, and, not least, foreign policy and security. As the third largest economy in the world, Japan will be a strong partner in framing these issues on the global arena. Japan’s stance on international norms and rules is shared with most countries in Europe and builds an important platform for future collaboration.

However, in order to strengthen and develop EU-Japan relations, an informed understanding of Japan’s regional and global role and interests is needed. Generously funded by the Scandinavia-Japan Sasakawa Foundation and in cooperation with Copenhagen Business School, The Department of International Economics, Government and Business, we are pleased to host this series of lectures with prominent Japanese scholars to provide a deeper understanding of the challenges facing Japan in a changing world order.

Professor Ryosei Kokubun is former President of National Defense Academy of Japan as well as Dean and Professor Emeritus of Keio University. He holds a PhD from the University of Michigan and has been a visiting scholar at Harvard University, Fudan University, Peking University and National Taiwan University. Professor Kokubun has published and edited numerous English publications as well as Japanese and is a special columnist at Manichi Shimbun.