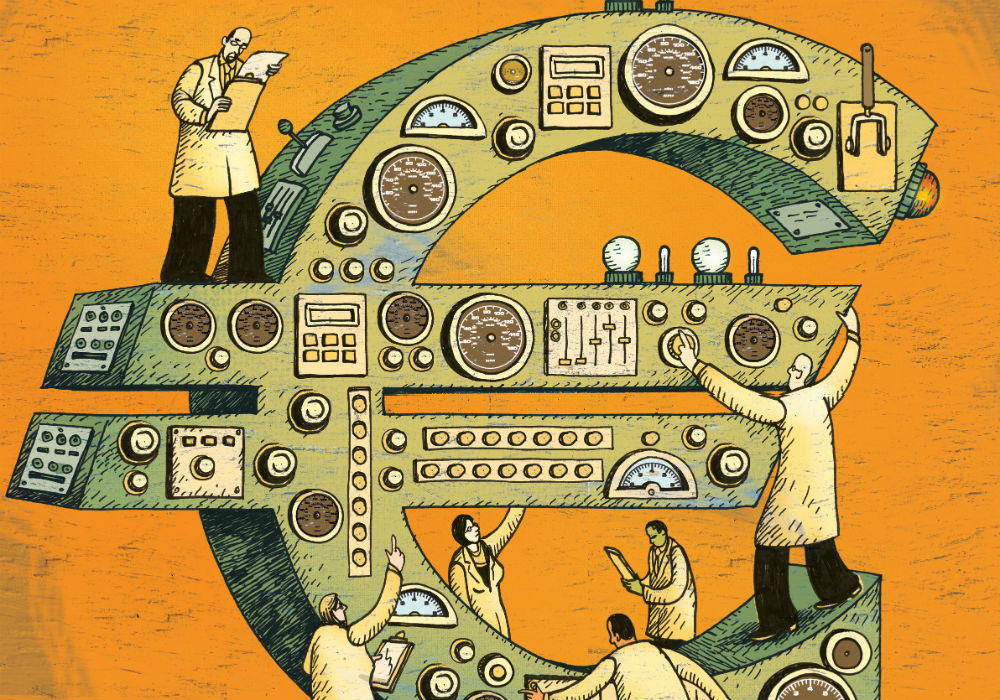 In collaboration with the Danish Economic Society, we invite you to attend a presentation on economic policies and growth in the EU. The presentation is given by Klaus Masuch, Principal Adviser to the Director General Economics of the European Central Bank.

Drawing on his vast experience from the European Central Bank (ECB), Klaus Masuch will address some aspects of three important and interlinked questions: (1) Which structural polices have the potential to boost long-term growth and social fairness in EU countries? (2) What hinders governments to implements policies that boost long-term welfare (political economy of structural reforms)? (3) Which key lessons have we learnt from the crisis and the adjustment programmes?

The presentation will refer to empirical evidence in support of the view that the quality of institutions is an important determinant of long-term growth in European countries. It shows that an initial high government debt level coupled with institutional quality below the EU average tends to be associated with particularly poor long-term real growth performance. Interestingly, the detrimental effect of high debt levels on long-term growth seems cushioned by the presence of very sound institutions.

Klaus Masuch is Principal Adviser in the Directorate General Economic Developments of the European Central Bank (ECB), inter alia responsible for overseeing work on economic policy issues and the analytical and policy work on the supply side of the economy, the deepening of the European Monetary Union (EMU) and on country and fiscal surveillance.

In his presentation, Klaus will also draw on the experience he made during his involvement in the management of the financial and sovereign debt crisis in the euro area. As European Central Bank (ECB) manager responsible for the EU Country Division (since 2007), Klaus assessed macro-financial conditions as well as the implications of adjustment programmes in crisis countries. He also was the ECB mission chief for Greece (2010-2015) and Ireland (2010-2012). In 2010 he headed the ECB delegation to Portugal. From 2000-2006, Klaus headed the Monetary Policy Strategy Division of the ECB.

The event is in English and everyone is welcome. Sandwiches are served at 5.00 PM. Please sign up by writing an e-mail to nof@nationalbanken.dk.

This event is organized in collaboration with the Danish Economic Society.